The Musée du Luxembourg seduces us once again with a new exhibition “Fragonard Amoureux”, an exhibition which revisits the works of Jean-Honoré Fragonard (1732-1806) who is considered one of the major figures in French painting during the 18th century or the last decades of the Ancien Régime.

He left behind several exemplary masterpieces: L’Inspiration (a self-portrait), The Lock, Young Girl Reading, La chemise enlevée (The Shirt Removed), The Stolen Kiss and The Swing, to name just a few.  One of his chief works “Les progrès de l’amour dans le cœur d’une jeune fille,” was commissioned by Madame du Barry, Mistress of Louis XV for her chateau at Louveciennes.  Once being gallant, libertine, and concerned with new love ethics, his art had a great influence to the art scene in the half of the century to follow. 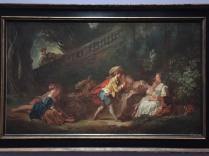 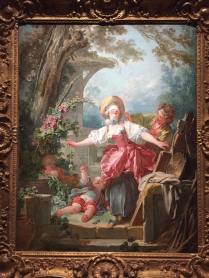 The exhibition is divided into different sections under the themes: “The Gallant Shepherd”, “The Loves of Gods”, “Rustic and Popular Eros”, “Fragonard, Illustrator of Libertine Tales”, “Pierre-Antoine Baudouin, A Libertinist Master”, “Fragonard and Licentious Imagery”, “Dangerous Reading”, “The Revival of the Fête Galante”, “Love Moralised”, “Heroic Passion” and “Romantic Allegory”.  All these together conveyed the theme of love and romance.

A lesson on the mythological love stories

Love is omnipresent in the works of Fragonard.  The exhibition offers a chance for us to revisit the questions of love during the development of time, from the “Grand Siècle” to the Regency.  The concept of gallantry represented one of the values of French identity in the 18th century.  Between 1740 and 1750, the mythological fables of Antiquity illustrated by François Boucher and his disciples became the symbol of a frivolous, even licentious, form of painting.  Since Regency (1715-1723), libertinism had triumphed among the elite by adopting the forms and civilized veneer of gallantry, while in actual fact being a hedonistic quest for carnal pleasure that was completely detached from romantic sentiment.  It was under this influence that Fragonard was trained.  The walk-through of this exhibition is indeed a good opportunity to get a grasp of the mythological love stories during these eras. 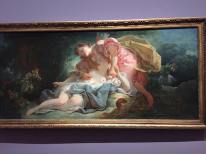 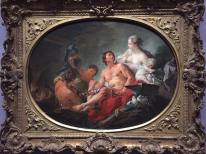 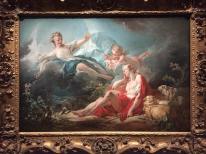 A revisit of the fable of La Fontaine

People having studied the literature or culture of France would have certainly come across the fables of Jean de la Fontaine.  The 18th century represented the glory days of the illustrated books.  The publishing of La Fontaine’s Contes (Tales), which were considered one of the main sources of all libertine literature of the 18th century, was a real triumph at that time.  Fragonard studied the illustrations of the Contes at the end of his stay in Rome and during the 1760s, and has dedicated several series of drawings on this.  The largest album making up of fifty-seven pages and conserved at the Petit Palais is displayed in this exhibition.  What is more encouraging is that the album is accessible online at www.petitpalais.paris.fr, under the section “Étudiants et chercheurs”. 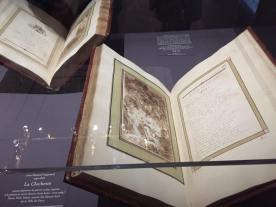 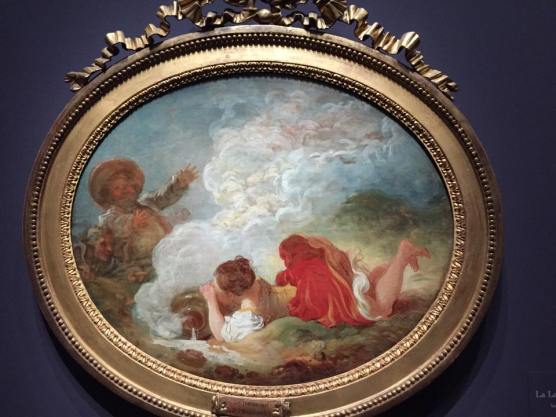 From a different perspective, perhaps we can perceive the works of Fragonard as his frank expression of emotion, where courting lead to sensual encounters.  By going through section to section of the exhibition, our mind travel from the last flames of gallant love and the triumph of libertinism, to the blossoming of a more sincere, sensitive and already “romantic” version of love.